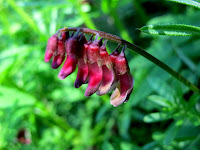 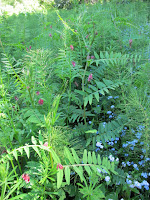 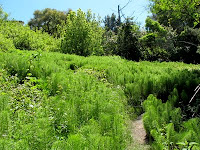 Giant Vetch may be found at other locations on the East Bay ridge and beyond, including Chabot, Beaconsfield, Clayton Ranch, El Cerrito, San Pablo Ridge, Las Trampas, Point Richmond, and Tilden/Wildcat.  The large community in Garber is one of many wildland treasures in our Park.
Posted by Garber Park Stewards at 3:35 PM