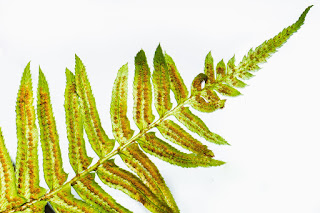 Join us for our first Winter workshop of the 2016 Season.  We will take a walk on the Loop Trail through Garber while identifying the many native ferns and discussing habitat.  You will learn key anatomical terms and a bit about reproduction  Then we will head over to Fern Glade, remove ivy, flag any native plants that we find, and learn about in-situ propagation of Garber’s native ferns.  Trilliums abound in Fern Glade; if we’re lucky we will see many beginning to pop up. 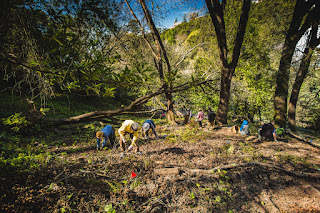 Dress in layers for the changing weather, wear boots with good sturdy shoes, and be ready to have fun while Learning with Lech about ferns, monitoring, Healthy Forests, and Phytophthera.  Coffee, tea, and breakfast rolls will be ready by 9:15am (under Shelagh’s carport at the Evergreen Lane Entrance to Garber).  Workshop begins at 9:30.

What to bring:  We provide gloves, tools, and snacks, but if you have a sharp tool such as a hori hori, trowel,  or clippers please bring them.  Also bring a water bottle to fill up from our water container.

Directions: Many of you have been to Garber before and have your own favorite way of getting here, but for those who aren't familiar with the park a map and directions can be found our website www.garberparkstewards.org.  Click on Directions in the Menu Bar at the top.  We recommend parking at the Claremont Ave Entrance and walking up the trail, which takes you past Fern Glade and Fireplace Plaza to the Evergreen Lane Hillside Stairs. Coffee and snacks are at the top of the stairs which is the Evergreen Lane Entrance.

To RSVP – workshop is limited to 12 participants - or for more information contact Shelagh garberparkstewards@gmail.com. 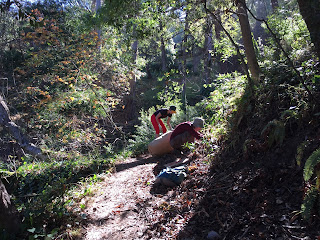 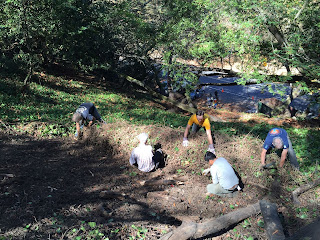 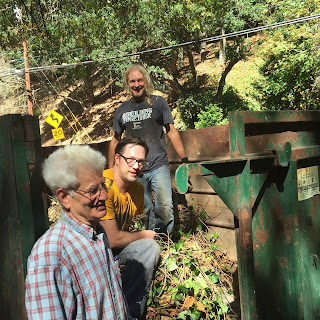 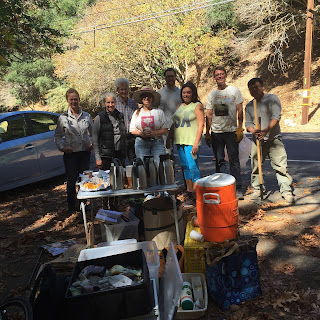 Thanks everyone for a fun and successful 2015 Creek to Bay Day!
Posted by Garber Park Stewards at 8:18 PM


Working in Fern Glade has become the most rewarding and satisfying experience, and today, even those who always head for the steep slopes removing thistles and himalayan blackberry joined us pulling ivy along the Claremont Trail and in expanding Fern Glade - Garber's Fern Garden  A perfect Summer day of "freeing up the ferns."  But I'll  let the pictures do the talking.......And, do come and visit Garber - a gem of a wildland park, just behind the Claremont Hotel in Claremont Canyon. 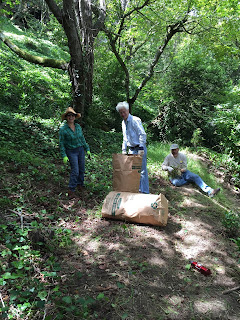 Join us in the cool shade of Garber’s beautiful native oak woodland as we continue attacking the fire-prone invasive weeds and clear the trails that have been hidden by Spring growth. You have many choices:  easy weeding at Fern Glade, Harwood Creek, and along the trails.  For those who enjoy working on steep slopes, the Evergreen Restoration Site needs your help removing poison hemlock and erhardta grass. Wear long sleeves and pants and shoes with good tread.  Bring a water bottle for re-fills.  We provide tools, gloves, water and snacks. Everyone welcome - no experience necessary and students looking for community service hours are welcome. Those under 18 must bring a signed Volunteer Waiver and Release of Liability Form (download from garberparkstewards.org).

Freeing the Ferns on Earth Day 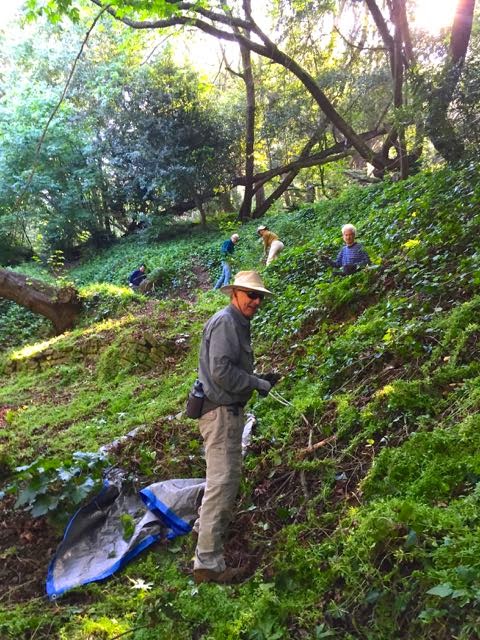 On Saturday, April 18, The Garber Park Stewards celebrated Five years of restoring and protecting the native oak woodland habitat and watershed of Harwood Creek in Garber Park by participating in the City of Oakland’s Earth Day.   This year our focus was on “freeing the ferns” in the western part of the park. Volunteers met at the Claremont Ave. entrance and began attacking the Algerian Ivy along the Claremont Avenue Trail to beautiful Fern Glade, our newest Restoration site.  Freeing the ferns from the invasive ivy allows the ferns, trilliums, snowberry, false solomons seal and other natives to thrive and multiply.  And multiply they have - the return of the natives along this trail has been phenomenal!

Thanks, everyone, for another fun and successful morning.  We couldn’t do it without you!

Click here for pictures of Earth Day and beautiful spring scenes along the Garber Trails.

While Earth Day has ended our twice monthly stewardship days continue with a focus on improving Fire Safety by removing the fire prone invasive weeds throughout the park, and providing defensible space against wildfire for the many homes adjacent to Garber Park.  Won’t you join us?  Our May volunteer workdays are:  Tuesday, May 6, and Saturday, May 16 from 10am-Noon.
Posted by Garber Park Stewards at 1:11 PM

April is FREE THE FERNS month in Garber.  Join us as we work along the Claremont Avenue Trail removing invasive algerian ivy from existing ferns at the trail head parking lot at Claremont Ave,  along the trail, in the trees, and in our newest restoration site, Fern Glade.   A little over a year ago Fern Glade was blanketed with Algerian/English ivy with only the tips of the native ferns showing above the ivy.  At a Winter Workshop conducted by Lech Namovich, Golden Hour Restoration Institute, we cleared a beautiful, flat meadow of ivy and other invasives.  The ferns and other native plants - Trillium, False Solomon's Seal, Fairy Bells, and others - have rebounded.  It's a lovely area and demonstrates the native resources in Garber that were waiting to be "free of ivy."

We provide drinks, snacks, tools, and gloves.  Everyone welcome.  Children under 18 must be accompanied by an adult and have a WAIVER signed by their parent or a responsible adult.

Wear long sleeves and pants and shoes with good tread.  For directions (public transportation and car), maps, and further information go to the menu on our home page, or contact Shelagh garberparkstewards@gmail.com.

Posted by Garber Park Stewards at 11:07 AM

It was another busy and successful month of habitat restoration in Garber during March - and very bad day for the invasive weeds! Our dedicated group of volunteers enjoyed warm, sunny weather with ground soft enough to pull Cape ivy, Algerian ivy, poison hemlock, and other weeds by the roots.  And pull they did!  Cape ivy and poison hemlock that was blanketing much of Horsetail Meadow and the surrounding area - gone.  Horsetails are once again dominating the meadow.  A favorite place to work is along the Claremont Ave Trail from Fireplace Plaza to the Claremont Avenue Entrance - especially Fern Glade, where just over a year ago Algerian ivy covered the area, even climbing into the trees.  We cleared a small patch in a meadow and freed the ferns. Now, not only are the ferns re-bounding, but Trillium and False Solomon's Seal, and other Spring flowering natives are enjoying the ivy free environment.  This is truly a fun and rewarding place to work - the resources in Garber are amazing - once the invasive are removed the natives thrive.


Spring is beautiful in Garber.  Do come and enjoy this gem of a Wildland Park at the Gateway to Claremont Canyon, and if you see a volunteer say "Thanks."  Better yet join us on:


Earth Day in Garber Park
Saturday, April 18
9AM-Noon
Meet at the Claremont Avenue Entrance for coffee, snacks. Then be ready for a fun morning
of restoration work.  Help clean-up and improve the parking area, weed along the trail, or spend the morning in lovely Fern Glade clearing the ivy and other exotic weeds away from the existing population of ferns.

Everyone welcome, no experience necessary. Dress in layers and wear sturdy shoes.  We provide tools, water and snacks.  Click here for driving and public transportation directions or contact Shelagh garberparkstewards@gmail.com.
Posted by Garber Park Stewards at 11:25 AM